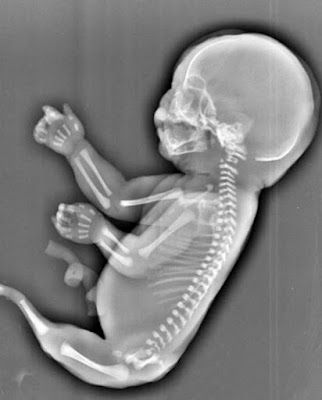 A young woman terminated her pregnancy after six months when doctors told her she was carrying a mermaid-like foetus, it has been reported. The 23-year-old took the drastic action after a scan at the Health Care Center for Women and Children in Yichang City, in Central China’s Hubei Province. Scans showed the foetus had developed a 'tail-like growth' but no legs.It also did not have a bladder and had a stunted liver, reports said.

Doctors at the hospital told mother 'Wu' the foetus was suffering from a rare condition known as sirenomelia, or "Mermaid Syndrome".
It is a rare congenital deformity in which the legs are fused together, giving them the appearance of a mermaid’s tail. Wu decided to terminate her pregnancy after specialists estimated that the baby would only survive for a few hours after birth.
The causes behind Mermaid Syndrome are still a medical mystery and it is said to occur only once in every 100,000 pregnancies.

According to reports, there are only two known survivors of Mermaid Syndrome in the world today.

Daily Mirror
Posted by dubem naija blog at 10:44 am