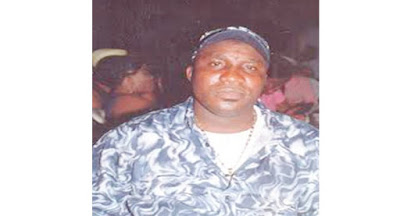 Homicides detectives attached to the Lagos State Criminal Investigations Department (SCID), Panti, Yaba, are presently trying to fish out the suspect who stabbed a man to death as he was leaving a mosque at Abule- Egba. The deceased, Taye Ogunlaja, was said to have gone for his afternoon prayer and was leaving the mosque when someone came from behind and stabbed him in the neck.
Ogunlaja was already planning to travel to France with his wives and kids when he was killed. He had only secured the visas for his kids and two wives. The deceased was a member of the National Union of Road Transport Worker (NURTW), Marina branch.

Ogunlaja was killed on December 3, at Abule-Egba area, where he had gone to attend a meeting. The meeting was aimed at settling the crisis in the union. Trouble started a few weeks ago after the union on the Lagos Island was polarised.

The bereaved wife recounted how her husband was killed. She said:
“Thursday last week, my husband received a phone call from one of the union members. He called him to remind him of their monthly meeting at the state Secretariat.

My husband immediately dressed and left. About 1pm, I called him to know if he was at the venue of the meeting. “He said he was already there.

He said he didn’t understand the kind of pranks some of the members were playing. He said they were asking him to give account of money he did not know about. He said he would soon leave the meeting to go to the mosque for prayer.”

Mrs. Ogunlaja said that about 6pm, she called her husband again. She was shocked to hear screaming that he had been stabbed on the neck from behind. “He told me that he was stabbed while returning from the mosque. I never knew he was in the hospital when he was speaking with me.”

The widow said that as soon as she dropped the call, she alerted his family members. They all went to the hospital at Abule-Egba. They were told at the hospital that Ogunlaja had been transferred to the Lagos State University Teaching Hospital (LASUTH), Ikeja. “I was later told my husband died before they got to LASUTH.

I’m begging the police to ensure my husband’s killers are fished out and brought to book.” When contacted, the state Police Public Relations Officer (PPRO), DSP Joe Offor, promised to get back to our correspondent. He, however, did not call at press time.
Posted by dubem naija blog at 12:41 pm