NNDC to begin oil, gas exploration in north-east in 2016 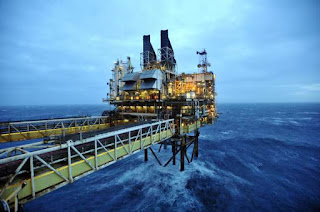 The Northern Nigeria Development Company (NNDC) on Friday, said it would begin oil and gas exploration in the north-east in the first quarter of 2016. Chairman of the company, Alhaji Bashir Dalhatu, stated this while briefing journalists at NNDC’s 47th Annual General Meeting (AGM) in Kaduna.

Dalhatu said the company was collaborating with its technical partners and the Nigerian National Petroleum Corporation (NNPC), on the expertise and budgetary requirements for the take-off of the project.

The company’s Group Managing Director (GMD), Alhaji Ahmed Musa, further said NNDC could not commence the project as earlier planned due to the security situation in the region.

He said the company needed 20 million dollars for exploration on each of the four oil blocks which caused part of the delay, assuring that plans were underway to begin the project within the first quarter of 2016.

The GMD said the NNDC would open the exploration in the four oil block s allocated to it in the Lake Chad Basin, while plans were underway to acquire four more oil blocks in the region.
On the AGM, the NNDC said that the company had recorded 42 per cent increase in its income the financial year ended March 31, 2015.

The chairman further said NNDC had trained 541 chartered accountants since inception of the programme in 2007 under its Young Professional Development Trust across centres located in Kaduna, Kano and Ilorin.

Bashir said the fourth study centre would soon be opened in Gombe state for youths in the north-east.
Posted by dubem naija blog at 9:45 am