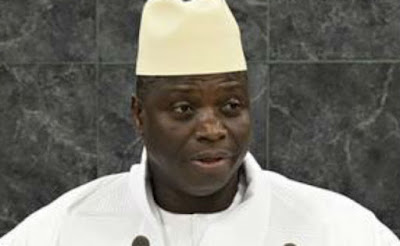 Gambia's President Yahya Jammeh has declared the formerly secular country an Islamic republic in a move he said was designed to distance the West African state further from its colonial past. The tiny sliver of a country, named after the river from which British ships once allegedly fired cannonballs to fix its borders, joins the ranks of other Islamic Republics such as Iran and Afghanistan.
"In line with the country's religious identity and values, I proclaim Gambia as an Islamic state," said Jammeh on state television. "As Muslims are the majority in the country, the Gambia cannot afford to continue the colonial legacy," he added.

Gambia's population of 1.8 million people is 95 percent Muslim. He said that other citizens of other faiths would still be able to practise.