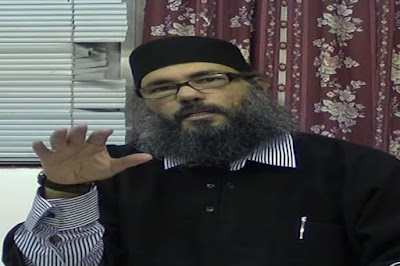 The family of a hate preacher said to have helped radicalise ISIS killer Jihadi John have been awarded British citizenship following a high court battle. Hani al-Sibai's wife and children will be allowed to stay in the UK after an order from Home Secretary Theresa May blocking the family's citizenship was overturned.

They will now continue to live with the Egyptian-born cleric at their home in west London, in the same neighbourhood where Mohammed Emwazi, better known as Jihadi John, once lived.

The decision makes it virtually impossible for al-Sabai who described the London 7/7 attacks as "a great victory" to be deported back to Egypt, despite countless attempts by the Government to do so.

In his ruling over the family's citizenship, Judge Mr Justice Ouseley accepted that al-Sibai "no longer engages in extremist activities, albeit still holding to his views”, the Telegraph reported.
Posted by dubem naija blog at 1:38 pm