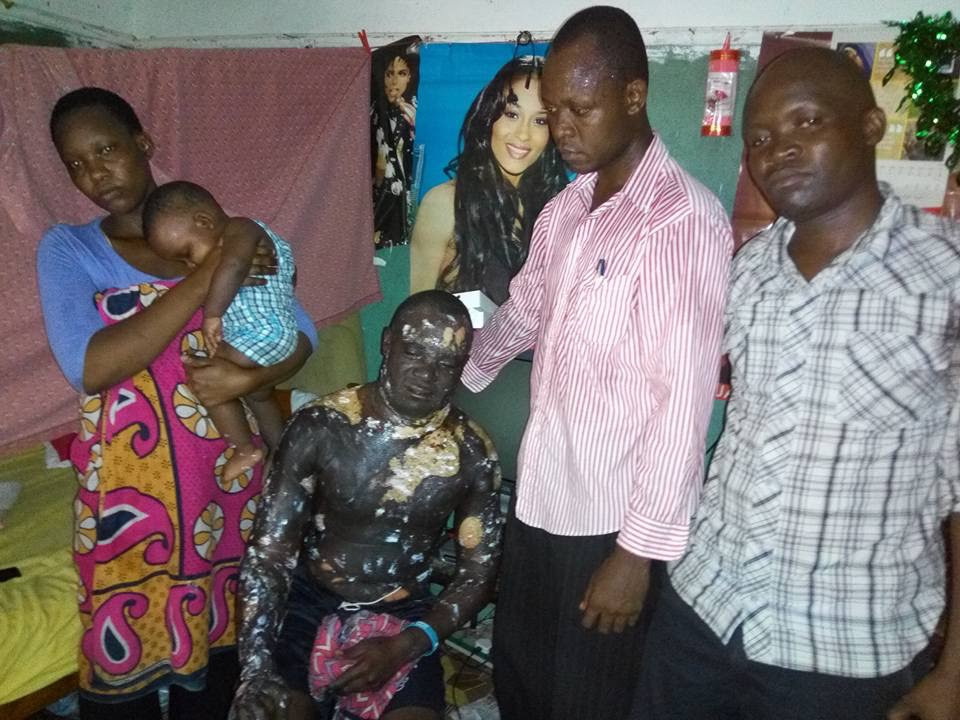 A man from Likoni in Mombasa County, Kenya suffered serious burns after his wife threw hot cooking oil on him on Sunday, December 25. According to eDaily, Evelyn Atieno had accused her husband Bruce Omondi of infidelity – and on the fateful day she bought two liters of cooking oil from a shop, boiled it and poured it on his head, chest, and private parts before escaping. More photos below.. 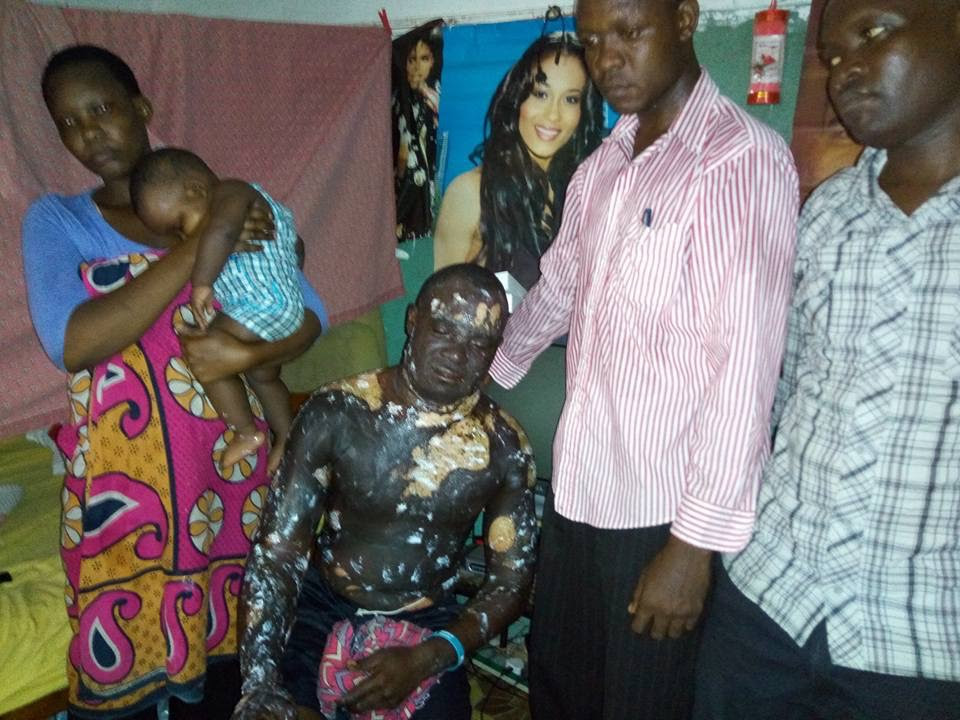 Simba says Atieno, 30, burned her husband Sunday morning while he was still asleep following a Saturday night disagreement over food and the man’s alleged philandering habits.

According to neighbours, the couple has been wrangling quite much recently.

Omondi said his wife has – for the past three years – been threatening him with unspecified action, adding that he has been a victim of domestic violence since getting married to Atieno.

Omondi was rushed to a local hospital in Likoni before being referred to Coast General Hospital for advanced treatment. 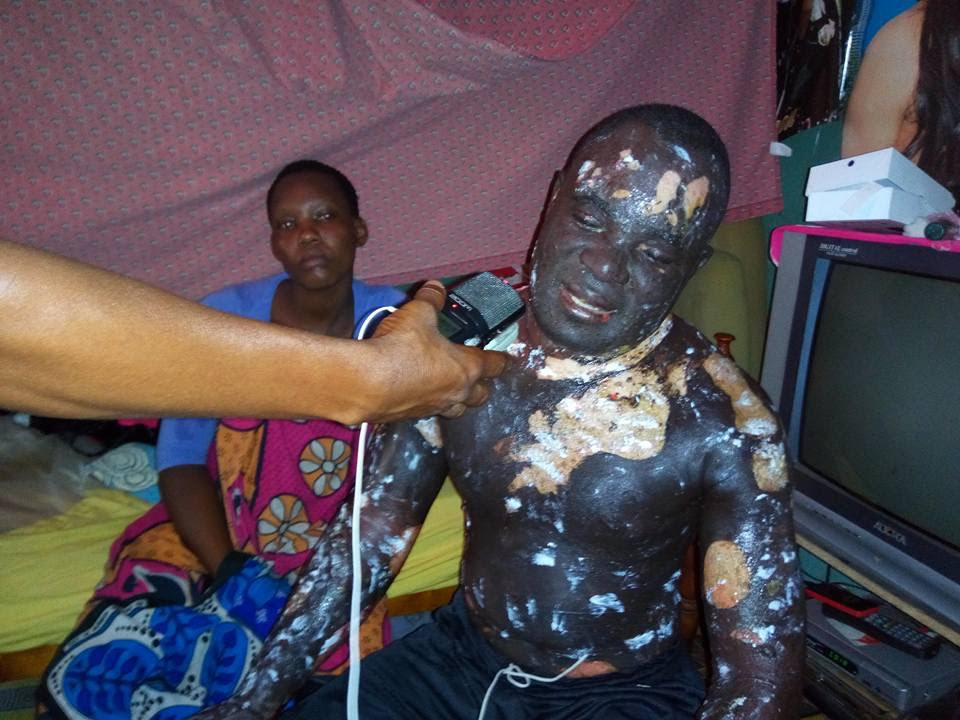