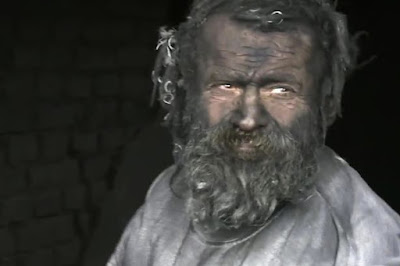 A homeless man dubbed the "dirtiest man in Europe" has died in the derelict farmhouse where he lived. Ludvik Dolezal, who was 60, suffered from a psychological condition which made him burn everything he could get his hands on and sleep in the ashes. He lived on an abandoned farm in the village of Skrivany in north-central Czech Republic.
He burnt tyres, plastic and many other things, including all of his belongings, and slept covered in the ashes which he rubbed into his skin. It left him completely black, except for the whites of his eyes, earning him his nickname of the dirtiest man in Europe. 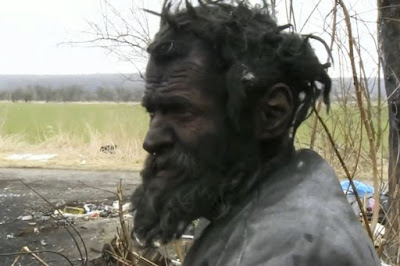 Firefighters were often called out to extinguish the blazes he started, although neither he nor anyone else was ever hurt in his fires. Mr Dolezal lived on the benefits he was paid by the Czech government but he was not given even that over fears he would set fire to the money. Instead his money was looked after by the village mayor who prepared him a package of food to live off each day. 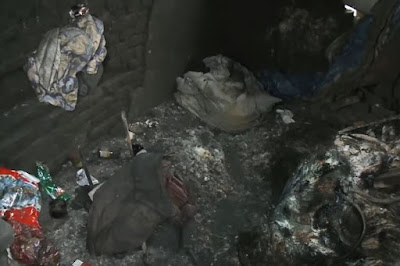 It was when he did not come to the local shop one day to pick up his food parcel that people realised that something was wrong.The mayor contacted local health workers who went out to check on him and they found his dead body in the dilapidated farmhouse. 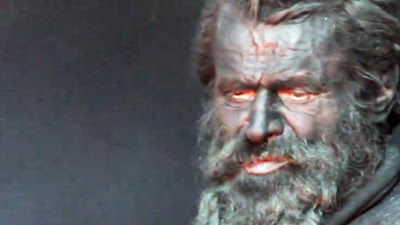 Police spokeswoman Lenka Buryskova said that an autopsy would be held to confirm the cause of death but said there were no suspicious circumstances.
In 2012, Mr Dolezal told filmmakers that he had first moved to the farmhouse to join his brother-in-law after being released from prison where he had served a short sentence after losing his ID card.
He said that his parents had died and, although he had eight brothers and sisters, he was not in touch with any of them.
Culled from UK Sun
Posted by dubem naija blog at 8:28 am