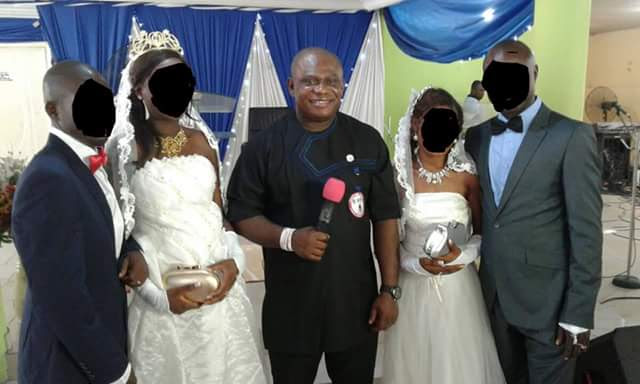 ​The duo who hailed from Oron, in Akwa Ibom State were among the September 2016, OPM converted sex workers in one of the church outreach program in Diobu, Port Harcourt.

While officiating their marriage on Saturday December, 17th 2016 at the OPM branch church in GRA Port Harcourt, the General Overseer said, he was delighted to see the young girls whose lives were almost condemned to death by Satan getting married to husbands of their choice.

The wedding which was the third in its series has within an interval of three months witnessed four of the repented sex workers be joined in marriage with the church bankrolling the marital expenses.

Speaking further, the Apostle said he will never relent in his prayers to ensure that all the OPM converted sex workers get married and live a sinless life according to God’s will. He added that although the rehabilitation program of the sex workers is capital intensive but his joy was full when comparing the spiritual and financial blessings of God arising from such humanitarian services upon the church. 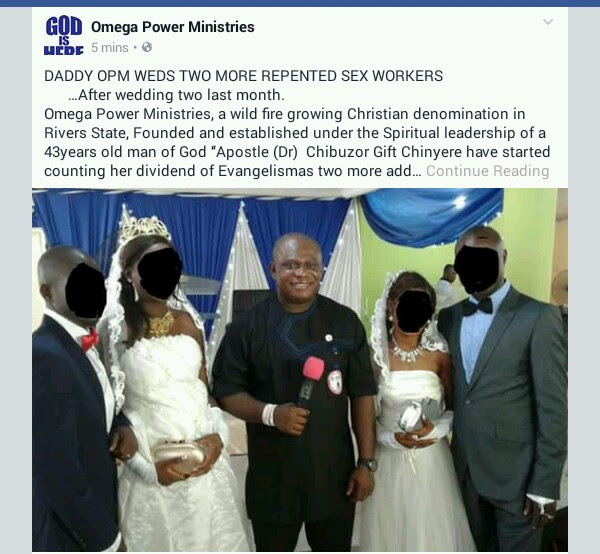