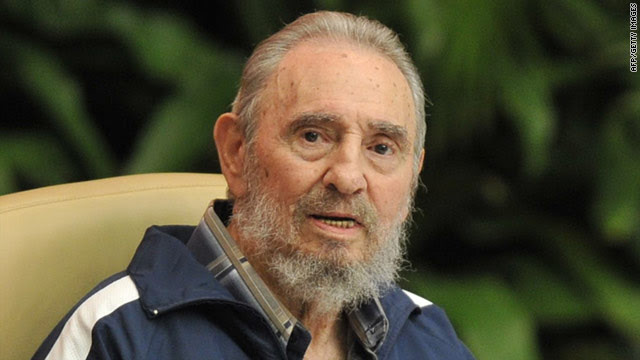 Fidel Castro, the Cuban despot who famously proclaimed after his arrest in a failed coup attempt that history would absolve him, has died aged 90. Castro's brother and the nation's President of several years, Raul, announced his death Friday on Cuban TV.

At the end, an elderly and infirm Castro was a whisper of the Marxist firebrand whose iron will and passionate determination bent the arc of destiny.

"There are few individuals in the 20th century who had a more profound impact on a single country than Fidel Castro had in Cuba," Robert Pastor, a former national security adviser for President Jimmy Carter in the 1970s, told CNN in 2012.
"He reshaped Cuba in his image, for both bad and good," said Pastor, who died in 2014.

Castro lived long enough to see a historic thaw in relations between Cuba and the United States. The two nations reestablished diplomatic relations in July 2015 and President Barack Obama visited the island earlier this year.

President Raul Castro -- who took over from his ailing brother more than eight years earlier -- announced that breakthrough to the nation, but observers noted Fidel's silence on the matter.
Castro's stage was a small island nation 90 miles from the underbelly of the United States, but he commanded worldwide attention.

"He was a historic figure way out of proportion to the national base in which he operated," said noted Cuba scholar Louis A. Perez Jr., author of more than 10 books on the island and its history.

"Cuba hadn't counted for much in the scale of politics and history until Castro," said Wayne Smith, the top U.S. diplomat in Cuba from 1979 to 1982. Castro became famous enough that he could be identified by only one name. A mention of "Fidel" left little doubt who was being talked about.

It was a bearded 32-year-old Castro and a small band of rough-looking revolutionaries who overthrew an unpopular dictator in 1959 and rode their jeeps and tanks into Havana, the nation's capital.