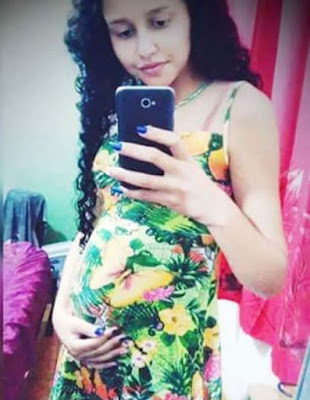 A delusional knife woman stabbed an eight-month pregnant teenager to death before hacking open her stomach and pulling the unborn foetus from her womb, it is claimed. Mirian Siqueria allegedly killed the baby during a horrifying attempt to steal 15-year-old Valissia Fernandes de Jesus’ child, Daily Mirror reports.

The 25-year-old then dumped the dead foetus in a bathtub next to a bin before going n the run, police say. Mirian’s husband Mateus found the teenager’s body inside a barrel in the couple’s back garden in Pitangueiras in the state of Sao Paulo.

Suspect Siquiera, who sold baby products, had told friends and family she was pregnant and met the murdered teenager at a photographic studio which was taking pictures of mums-to-be.

She had invited Valissia round to her house on the pretext of showing her some baby shoes. 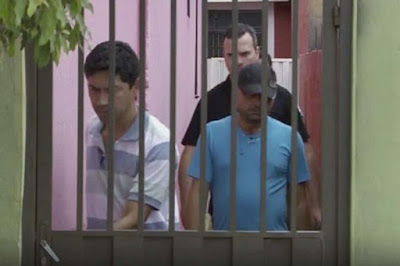