See what a false widow spider did to this man 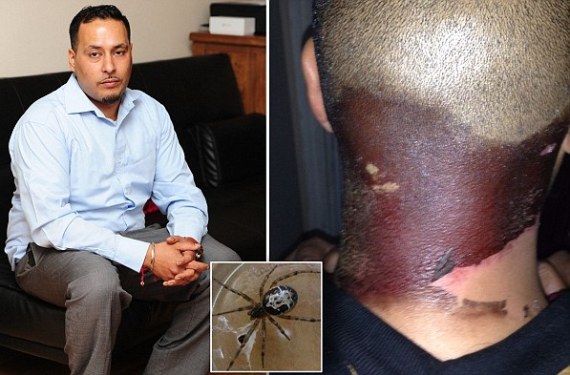 33 year old Sunil Dade from Greenford, west London, was bitten by a false widow spider and after he squeezed out all the poison he could from the bite, a huge section of the skin in his neck area turned black. About a week later, the blackened skin peeled off and he said it's making turning his head and sleeping difficult. He went to hospital and was  prescribed antibiotics but his skin continued to turn black, then started peeling off, which lasted for days.
Posted by dubem naija blog at 9:04 am