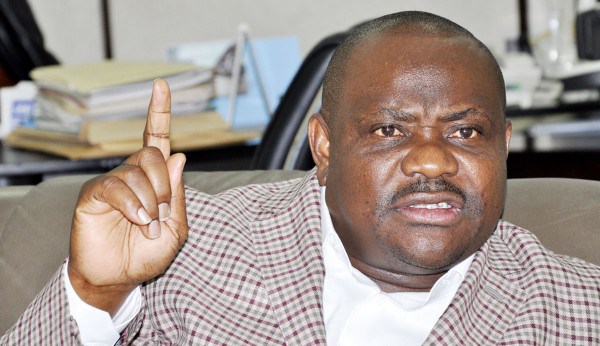 Governors in the Peoples Democratic Party are angry over the verdict of the River State Governorship Election Petitions Tribunal sitting in Abuja, which, on Saturday, sacked Mr. Nyesom Wike as governor of the state.


Their anger is further amplified as Wike’s sacking came few days after a similar tribunal ordered a rerun of governorship election in 18 local government areas of Akwa Ibom State, where the electoral victory of Mr. Udom Emmanuel, a member of the party, is also in a contest.

The Rivers tribunal on Saturday asked Wike to vacate his office and directed the Independent National Electoral Commission to organise a fresh election in the state within 90 days.

It was learnt that as a result of the new developments, the governors are to meet and discuss the implications of such judgments to the survival of the former ruling party.

The two affected states are oil-rich and are considered to be critical to the funding of the party ahead of its plan to re-strategise for the 2019 elections.

It was gathered that the PDP governors’ ‘emergency meeting’ is tentatively scheduled to hold on Friday.

Speaking to SUNDAY PUNCH on condition of anonymity, a PDP governor said, “These judgments are targeted at killing the PDP and we have to do something about it.
Posted by dubem naija blog at 12:38 pm