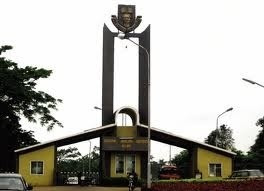 Student Union executives and legislators at the Obafemi Awolowo University, Ile-Ife, have budgeted N1, 837, 550 to make official phone calls between August, 2015 and January, 2016.

In a copy of the Student Union budget made available to our correspondent and debated by members of the OAU Student Representative Council on Sunday evening, the leaders also had a separate budget for internet facilities and sending of bulk Short Message Service.

The sum, which did not also include the one for purchase of phones, was budgeted by the leadership of the Central Executive Council and Students’ Representative Council led by Mr. Omotayo Akande and Mr. Adebari Aare respectively.

Others are the clerk, deputy speaker, halls of residence executives, chairmen and secretary of transport, judicial, and budget and finance committees.

The student union leaders, who in totality budgeted N26, 090, 469 for their various needs, are expecting an income of about N15m.

A breakdown of the budget showed that the speaker, Mr. Adebari Aare, proposed to spend N232, 500 for official phone calls for 310 days, while the president of the union also proposed to make calls for 180 days with N108, 000.

When contacted, the Chairman, Budget and Finance Committee, Mr. Abayomi Samuel, said the budget had not been approved.

Samuel, whose committee also budgeted N114, 000 for phone calls, added that some of the expenses had been reduced.

While speaking to our correspondent on the telephone and confirming the phone call expenses, Samuel said, “The budget has not been approved.”

However, our correspondent gathered that students of the university are divided over the budget.

One of them, Sammy, said, “How will they say they want to make phone calls with that kind of money when we are all complaining of poor toilet facilities and lack of food in our hostels. This is extreme wickedness.”


punchng.com
Posted by dubem naija blog at 8:29 am