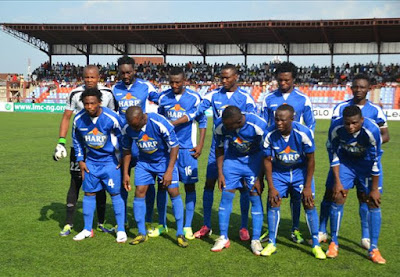 The camp of Ifeanyi Ubah FC has been thrown into crisis, as team chairman;  Patrick Ifeanyi Ubah ordered the team bus to leave Port Harcourt empty Sunday night without the players following their 1-0 loss to Sharks FC in the Week 29 Nigeria Professional Football League (NPFL) tie at the Sharks Stadium.


SRSport.com exclusively gathered from a source in Port Harcourt that the team bus left the Tenad Palace Hotel, in Port Harcourt 9:30pm for Imo, without putting the players into consideration. It was further revealed that the chairman was furious with every member of the team basically because of the loss.

“Crisis in Port Harcourt as FC Ifeanyi Ubah Chairman ordered the team bus to leave Port Harcourt empty with the technical crew and the Players. Every members of the team are still in the hotel after losing to Sharks; but the main issue is the order that stopped the players from entering the bus which left the Tenad Palace Hotel 9:30pm”, the source told SRSport.com Sunday night.

Few hours after the loss, team’s chief coach, Daniel ‘Da Bull’ Amokachi granted an interview, expressing hope and confidence that continental ticket is still very possible. “Our chances of getting a continental ticket is very realistic if we win our two consecutive home matches against Kano Pillars and Giwa FC”, Amokachi told NAN on Sunday.

But little did he and the entire team knew the chairman was going to make such order, which is a clear indicating that the Capital Oil Chief Executive is not ready to take any excuse and promises, he only wants to see the result, as he is already running out of patience.

Veteran coaches, Amokachi, John Obuh and Ike Shorunmu were hired by the oil tycoon in August to improve the standard of the club in the 2015 NPFL season.