SO SAD: Man Commits Suicide For Being Labelled A Wizard 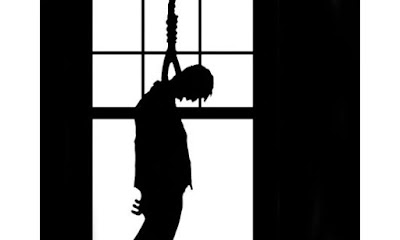 One Joseph Ushie, an indigene of Bebuagbong in Obudu Local Government Area of Cross River State has committed suicide after being labeled wizard.

Sources said that on July 3, 2015, one Emmanuel Ushie, his only brother, was knocked down by a reckless motorist at Abuja, where he died before he was rushed to the hospital.

When the the news of the death of Emmanuel reached home, it was gathered that some villagers decided to consult a female soothsayer from another village called Ukpe within the LGA, who told them that the Abuja-based Emmanuel was killed by his father in connivance with his only brother, Joseph, through witchcraft.

According to the report, the villagers then appointed a jury that came up with the decision to banish Joseph from the village, which forced him (Joseph) to commit suicide on July 13, 2015, by taking poison.

One Agogo, the spokesman to the Special Adviser, Security in Obudu Local Government Council, confirmed the incident, even as police sources at Obudu Police Station said that the female soothsayer and the jury had been arrested.