OAU To Be Shut Down Today 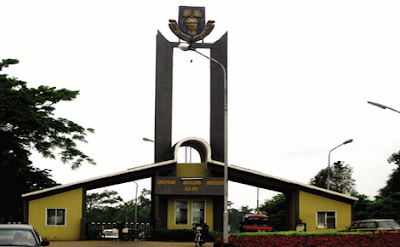 The disruption of academic, administrative and economic activities as a result of the demonstrations of the members of the Non Academic Staff Union, NASU OAU over their unpaid accumulated 64 months allowances may lead to the closure of the university anytime from Monday, July 13.


The Students’ Union president, Akande Omotayo a.k.a TY addressing the journalists today confirmed his knowledge of the campus situation and has said the Union is observing events critically. The president has said he is waiting till Monday when a Congress of students will be called to determine on shutting down the university if the current situation of inconvenience persists. According to the Union leader, the implication of the Students’ Union shutting the university clearly means that only the Union can re-open it upon recommendations by leaders to her members.

TY further expressed displeasure over the hardship students have been subjected by the fight between NASU and the management. He described the polluted environment of the university as students sitting on ‘time bomb’ as endemic can break out any moment from now.

“As a Students’ Union leadership, what we have to do is to try to ensure our students do not suffer for what they have to suffer for... Our solidarity with NASU is not only based on principle but also based on ameliorating the poor welfare conditions of our students.

“We demanded for an emergency meeting with the management which we had yesterday. Management said we should try to hold on and we made it clear to them, the issue of that our students have resolved not to go to classes does not mean that you (management) and NASU should continue to punish us. That we are still on this campus alone is still punishment. Resolve with NASU and if you don’t resolve with NASU, give us light, water and vehicular movement and our students will go to class.

“...the last time a hostel was cleaned on this university campus was last week Thursday. That means this university as I speak with you is sitting on a ‘time bomb’ because at any time from now, there can be an endemic. That is the consequence!

NASU’s position
The chairman of NASU OAU, Comrade Wole Adewunmi has told journalists late last week that he does not see an end in the tunnel of the current struggle because his members are not satisfied with the commitment and promise of the management so far.

OAU Olofofo reported that the NASU chairman admitted meeting with the management in the course of the week but nothing fruitful has come forth from the meeting.

“We have been having dialogues and series of meetings here and there. They kept promising, promising and promising until today that we have finally realized that they (university management) are not serious and they do not know what they are doing. So it is better we swing into action because if we were to count the months now, it is about 64 months. How can you owe somebody an arrear of 64 months?

“We met with them yesterday, and we had a discussion. The registrar was representing the university management. They made a promise and documented and signed on agreement. Our members however were not satisfied with the decision. So I met with our members and unanimously decided to continue with the protest.

Aside the bulletin pasted around the university campus by the management before the commencement of NASU’s protests detailing the non-availability of fund as the reason for not acceding to NASU’s demands, the University management is yet to release any official statement on the current situation of campus especially the welfare of students since the demonstration.

The last time Obafemi Awolowo University witnessed normalcy as to her activities was Thursday, July 2.
Posted by dubem naija blog at 6:40 am