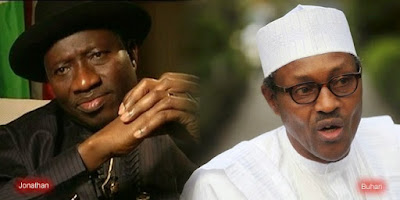 The VND specifically accused the President and his All Progressives Congress-led administration of “unsavoury and patently repugnant action,” which it said, were anti-Niger Delta and against the Ijaw ethnic nationality.

The group believed Jonathan was the target of the controversy surrounding some alleged missing funds from the nation’s treasury during the tenure of the immediate past administration.

Special Adviser to the President on Media and Publicity, Mr. Femi Adesina, wondered why people would dwell on speculations when nothing concrete had been established against Jonathan.

He said, “All these are speculations and I cannot react to speculations because there is nothing concrete yet against the former President.”

The spokesperson of VND, Mr. Osaghae Ogiemudia, in a statement in Abuja on Saturday, claimed that anti-Niger Delta and anti-Ijaw posturing of the APC government of Buhari had been demonstrated in several ways.

According to him, all Niger-Deltans, especially those from the Ijaw ethnic nationality, should support and rally round Bayelsa State governor, Seriake Dickson, “the only Ijaw governor.”

He said, “We, the members of the Vanguards of Nigeria’s Democracy, are aware of some clandestine moves made by the APC-led government to probe, investigate, malign and imprison ex President Jonathan. We are already aware of the trumped-up charges the APC government is leveling against a man who has diligently served the Nigerian state at the highest level of government.

“The APC led government should take notice that the appointments made so far are skewed in favour of the North, as no Ijaw man has been appointed. While an Ijaw President did not discriminate in appointment, President Buhari is implementing a Northern agenda through some of the appointments.”
Posted by dubem naija blog at 8:07 pm