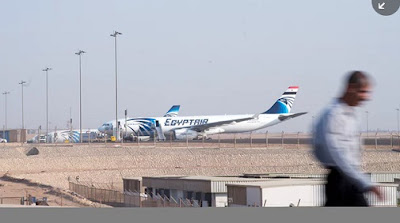 Britain has banned large electronic devices on flights from a number of Middle Eastern countries, less than 24 hours after the US said it made a similar decision based on intelligence suggesting terror groups could blow up commercial airliners with explosives hidden in consumer items.
A government spokesperson said the UK arrangements were agreed after Theresa May met with aviation security experts on Tuesday morning, and would impact major airlines providing flights from the affected countries, including British Airways, EasyJet and Thomas Cook. With dozens of flights arriving from these countries each day, around 150,000 passengers per month could face disruption.

Downing Street said officials have been "in close touch" with their US counterparts during the decision to implement the ban.

The decision follows the receipt of specific intelligence reports, according to security sources.

And while the countries affected all have Muslim-majority populations, sources stressed that the rule change was entirely intelligence-led.
Posted by dubem naija blog at 8:41 pm