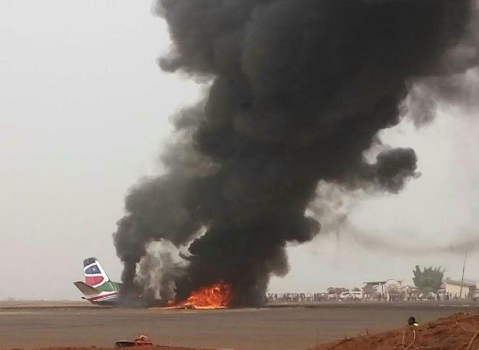 A plane carrying 44 passengers has crashed in South Sudan. The South Supreme Airliner burst into flames after crash landing at the Wau Airport at about 3 p.m. local time. The crash is believed to have occurred when the plane came down to land after flying from Juba to Wau. Initial reports from local news sources suggested that everybody on board died in the crash. However, new details have emerged that everybody survived.


"No one died but there are a number of injured people right now," one of the local aid workers near the scene of the crash told Reuters.

"About 17 to 18 people injured in the incident were taken to hospital," said James Dimo Deng, a journalist in Wau. 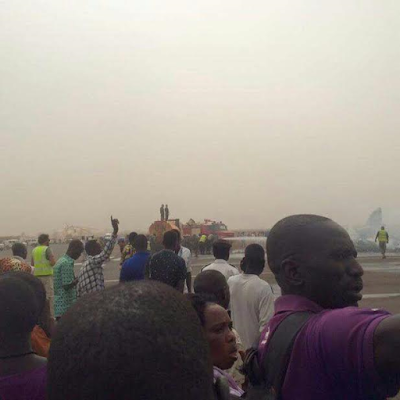 Firefighters arrived the scene and were able to put the fire under control. Photos show the burned out wreckage of the plane while spectators surrounded it, with some taking photos. 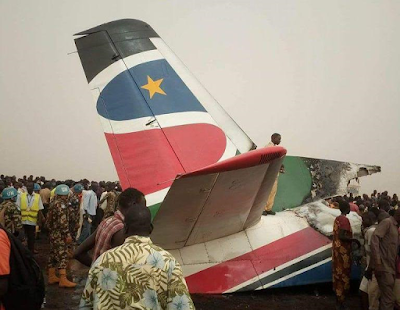 Authorities are yet to give details of the number of casualties, but South Sudan’s Eye radio reports that nine people were pulled alive from the wreckage and have been taken to the hospital. The State Information Minister Bona Gaudensio also revealed that 14 patients are in stable condition at the hospital.

"Right now we have the ambulance which has just come out from the airport and we have received 14 patients being rushed to hospital in stable condition," Gaudensio said.

Posted by dubem naija blog at 9:05 am