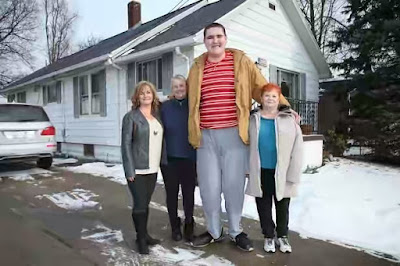 His mother, Darci said: "I'd say Broc was around 5ft 2ins when he was in kindergarten. When he got into middle school he was around 6ft tall and by high school he was 7ft tall - he could easily grow six inches in a year. It's a genetic disorder and there's nothing that can stop him from growing - I don't know if he will ever stop."

He was diagnosed with Sotos Syndrome, known as cerebral gigantism, when he was just five-years-old and his mother was told that he would not outlive his teenage years.

The condition effects one in every 15,000 people but doctors are now confident that Broc will have a normal life span despite his health problems. Along with his gigantism Broc also suffers from learning difficulties, strain on his heart, curvature of the spine and narrowing of the spinal cord.

He was also born with one kidney so is unable to take painkillers despite suffering constantly with his back. 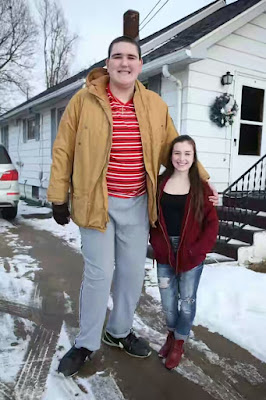 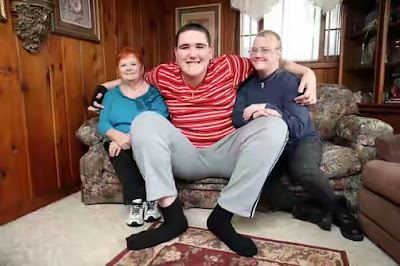 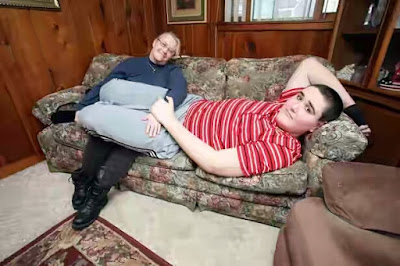 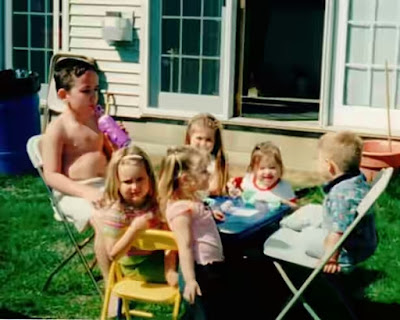