PHOTOS: Dwarf couple marry in a fairytale wedding after they met on set 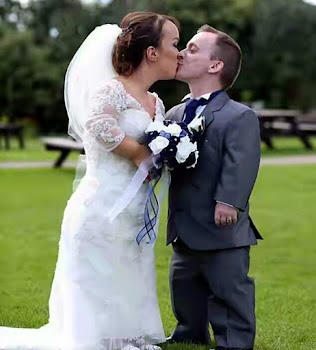 A Sunderland couple who met whilst playing dwarfs in a Snow White panto have married in a fairy-tale wedding, with their miracle son as page boy. Laura Whitfield, who is just 4ft 2, proposed to 3ft 11 Nathan Phillips a month before the birth of their son - the only 'double dwarf' in Britain.
Nathan Junior was born with two different forms of dwarfism, anachondaplasia like his mum and pseudochondaplasia like his dad, and was not expected to survive more than a few hours. However two-and-a-half years later, the healthy toddler acted as a ring bearer at his parent's wedding.

Laura, 26, and Nathan, 37, from Sunderland, met when they were both performing as dwarfs in a production of Snow White.

They got hitched in the lavish South Causey Inn, in County Durham, among 50 of their closest family and friends.

Bride Laura followed her son down the aisle in a £800 designer dress which trailed behind her as she reached the front of the church where Nathan waited in his suit. 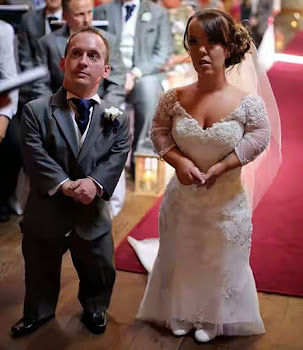 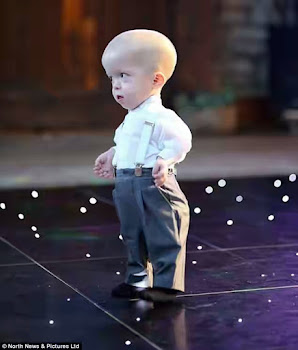