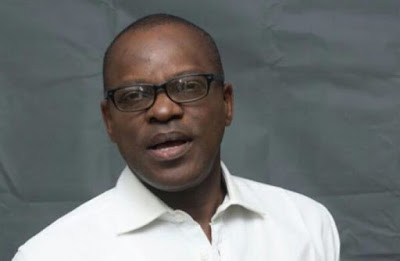 The Peoples Democratic Party (PDP) governorship candidate in Ondo State, Eyitayo Jegede (SAN), has dismissed reports that there are divisions in the party. He spoke yesterday in Akure, during an interactive session with party supporters, organised by the Sunshine Continuity Network (SCN), saying those parading themselves, as factional PDP members are pretenders.
Jegede insisted that the PDP is one and an indivisible party.


“Let me tell you the fact: all the PDP governors are under the leadership of Makarfi. All PDP senators are for Makarfi, House of Rep members, Makarfi, the Board of Trustees, Makarfi. So, how would they manufacture a PDP without people, without leaders? That is how you will know that they are jesters,” Jegede said.

He urged the people of the state to await a new dawn, as he would not only build on the foundations laid by the current administration in the state, but also initiate fresh development projects that would create jobs and make the state attractive to foreign investments.
If elected, he pledged that his administration would encourage private investments from which government too can generate tax to embark on capital projects.

Posted by dubem naija blog at 9:58 am