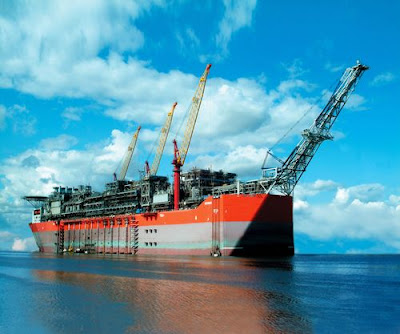 Cash strapped Nigeria’s Federal Government is demanding $635 million from two multinational oil companies, Agip and Total for undeclared crude oil shipped out of the country between 2011 and 2014. Two cases have been filed at the Federal High court in Lagos by senior lawyer and Senior advocate of Nigeria, Professor Fabian Ajogwu, who had handled several cases for the Federal Government on aviation, defence, energy, and financial services, the Guardian reports.

Hearing will begin next week before Justice Olatoregun Isola; And there are indications that Ajogwu will also be filing claims against other multinationals, such as Chevron and Exxon-Mobil. The Nigerian Government in the two cases is claiming $490,517,280 from TOTAL E&P NIGERIA LIMITED and $145,848,102 from NIGERIA AGIP OIL COMPANY LIMITED.
The Nigerian Government contends that sometime in 2014, it realised a decline in its oil export revenue. This necessitated an intelligent gathering of data, which showed that part of the reasons for the decline was the under-declaration of crude oil shipments made by some major oil and gas companies operating in Nigeria.
A forensic analysis of export records from Nigeria and the import records from respective ports of entry at the United States of America used by Agip and Total showed discrepancies.
The volume of crude Oil declared to have been exported from Nigeria, was less than what was declared to have been imported into United States of America via the same shipment by the same vessel on the same bill of lading.
Some other shipments were not declared by the defendants to the requisite authorities, particularly the pre-shipments inspection agents. In some instances, the crude oil shipments were completely undeclared.
The plaintiff (Nigeria Government ) alleged further that all crude oil and gas shipments /exports from Nigeria are required to be declared and inspected by pre -shipment Agents appointed by the Central Bank of Nigeria of revenue due from the crude oil shipments.
The inspection records are to be deposited with ministry of finance Nigeria .
Posted by dubem naija blog at 4:42 pm