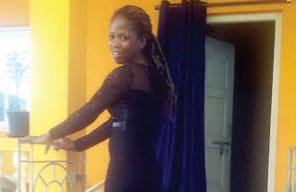 23-year-old Nigerian college student identified as Bella was allegedly stabbed by a gang of five while she was waiting for a cab at Hennur, India on July 31. According to Bella, who sustained a stab injury on her hand, the incident happened when she and her female friends were waiting for an Ola cab near Challakere Bridge at Hennur at 11.30 pm on that fateful day.

A car suddenly came to a screeching halt in front of them and a group of men alighted from the vehicle. They allegedly tried to strike a conversation with them, but police said it was not clear from her complaint what the conversation was all about.

According to police, the accused took out a knife and tried to stab on her abdomen, but Bella fought back and ended up sustaining a cut on her hand. The gang fled the spot when she was profusely bleeding and her friends raised an alarm.

Bella was taken to Live Line hospital and treated for her injury. She reported the case to the police and requested them to take action on the gang of five persons. However, police could not trace her after she was discharged from the hospital. Deputy commissioner of police (East) N Satish Kumar said: “We have taken up the case seriously and are investigating it. The attackers will be caught at the earliest.”


According to Hennur police, Bella and her friend were heavily drunk and they were not in a position to tell where they were heading for. Taking advantage of their drunken behaviour, the gang may have sought sexual favours from them. That could have led to the stabbing incident, as per the police, Bangalore Mirror reports.

Though there is a CCTV camera installed nearby, the police could not obtain the registration number of the vehicle the miscreants had come in. When police visited the spot, locals told them that Bella and her friends are often found at the same place late night.

“We have contacted the Nigerian association and requested them to bring Bella so that we can get details on the appearance of miscreants and on what context the gang approached and what went wrong on that day. They have assured to bring her to the station and we are waiting.” said Hennur police.
Posted by dubem naija blog at 9:47 am