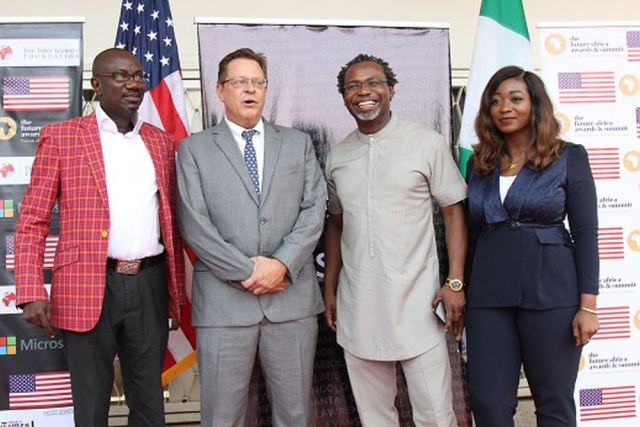 The United States Consular-General hosted the nominees of The Future Awards Africa (TFAA) to an invitation-only reception in Lagos, Nigeria. This is following the unveiling of 56 nominees chosen from different parts of Africa on Sunday, November 22, 2015 on EbonyLife TV and Channels TV.


The nominees’ reception is a lead up to the awards event holding on December 6, 2015 where 11 winners would be announced. The Future Awards Africa celebrates 10 years of spotlighting individuals across Africa who are impacting and inspiring their community and Africa.

The event was anchored by Sika Osei with performance from Simi who sang “Jamb question”.
Posted by dubem naija blog at 10:12 am