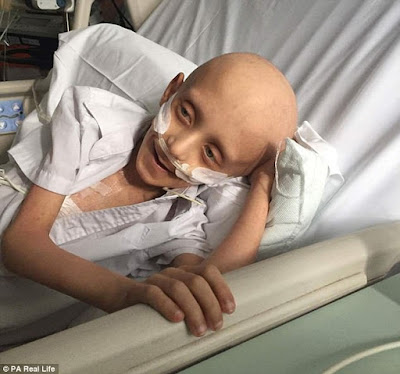 A seven-year-old boy whose dying wish was to be buried with his mother so she could look after him in Heaven has died peacefully in hospital. Filip Kwansy lost his mother Agnieszka to cancer in 2011 but was himself diagnosed with juvenile myelomonocytic leukaemia (JMML) in September last year. After treatment failed, his dying wish was to be buried alongside his mother in her coffin, and his family launched an appeal to make it come true.

Filip died on Friday morning at London's Great Ormond Street Children's Hospital, but the campaign raised £41,000, enough to fund the burial he had requested. 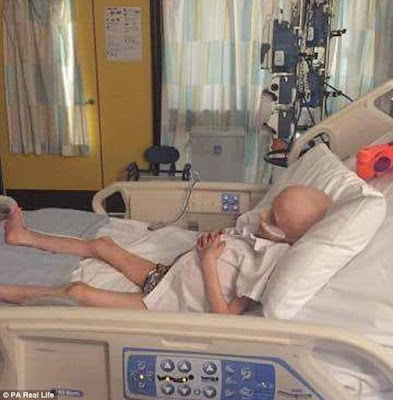 Now his father, Piotr Kwasny, 40, of Colchester, Essex has thanked the generous public for granting his boy his dying wish. He said: 'My little boy has now gone, there will forever be an emptiness beside me and in my heart; but he will never be forgotten and he will always be loved.

'I really appreciate all the support from the public and from JustGiving which is going to enable me to fulfil Filip's wish of being put to rest next to his mother.'

Filip was diagnosed with neurofibromatosis type 1 - an accumulation of abnormal blood cells in the bone marrow - when he was two, from which he initially recovered. 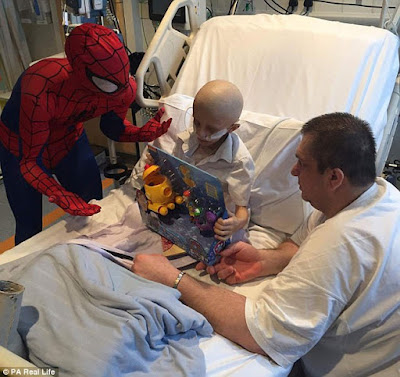 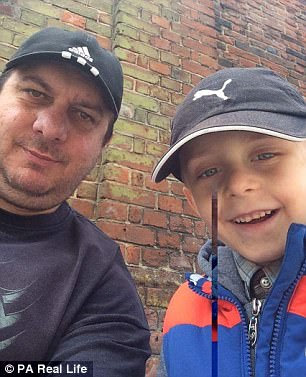 But the treatment to cure the adorable boy of his most recent illness, including a stem cell transplant and chemotherapy, failed and the cancer spread to his intestines. Filip, a former pupil at Friar Grove Primary School in Colchester, had been receiving only palliative care, to make him comfortable.

The family initially set out to raise £6,500 to fund Filip's burial wish of lying next to his mum, through a special Just Giving fundraising page, but they were overwhelmed when the amount hit the £40,000 mark.

As Piotr is ill with spina bifida (a gap in his spine), one kidney, diabetes and hypertension (high blood pressure), he was unable to work, so was desperate to find the funds for his son. 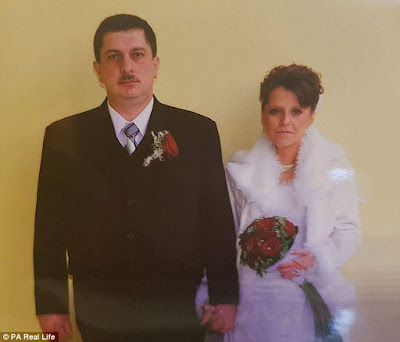 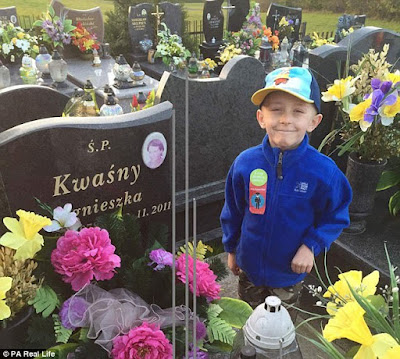 'Filip wanted to be buried with his mother, so we are now organising that locally and will re-bury them together,' Piotr said. 'I did not imagine that I would have to bury my child...you shouldn't go before your child.'

Piotr said his son knew he was dying and heartbreakingly told him he wanted to be buried in the same coffin as his beloved mum, Agnieszka, who died aged 33 from cancer, on November 12, 2011, in her home village of Wadowice, southern Poland – where she married Piotr in 2009.

Piotr, who has now remarried and has a two-year-old daughter and two step-children, told how his late wife died shortly after developing sarcoma, a cancer of the connecting tissue.

Email ThisBlogThis!Share to TwitterShare to FacebookShare to Pinterest
7 year old boy whose dying wish was to be buried beside his mother 'so she could look after him in heaven' loses his battle to leukamia
2017-03-27T15:30:00+01:00
dubem naija blog
Newer Post Older Post Home
Subscribe to: Post Comments (Atom)