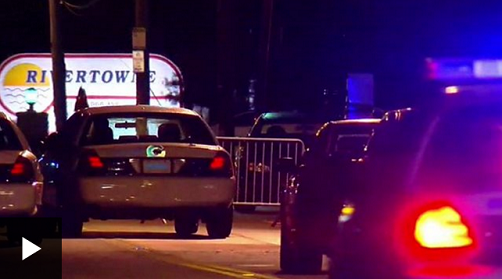 One person has been killed and 14 injured in a shooting at a nightclub in Cincinnati, Ohio. At least two gunmen were involved in the incident at the Cameo Night Club, according to the Cincinnati Police Department. There was no indication the shooting was terror-related, Assistant Police Chief Paul Neudigate said on Twitter.
Several people have life-threatening injuries, Mr Neudigate told news channel WLWT-TV.

"We are in the middle of a very horrific situation that occurred at the nightclub with multiple victims. It's going to be a long night for our homicide units to investigate," he said.

Police Captain Kimberly Williams said the gunmen were still at large and the force did not have good descriptions of them. Witnesses had been reluctant to co-operate, she added.

"At this point it's unclear exactly what instigated the shooting," Capt Williams told reporters. "We believe that there were at least a couple of shooters involved."
Posted by dubem naija blog at 1:39 pm