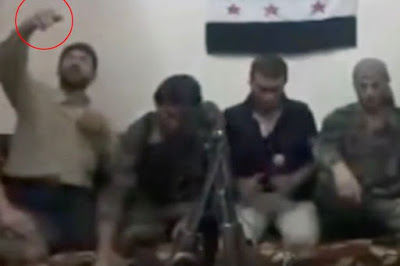 A Syrian rebel blew himself and his comrades up by using a mobile phone rigged to a bomb to take a selfie. Footage emerged online showing a group of eight men, believed to be members of the Free Syrian Army, gathered around a camera. The freedom fighters, flanked by rifles, appear to be filming a propaganda video as they are shown in front of a rebel flag as they sing into a microphone, Mirror Uk reports. 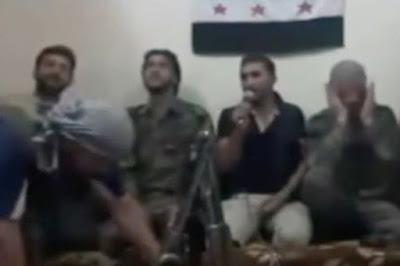 The 30-second clip, which has not been verified, shows one of the rebels holding a mobile phone up in front of his face to take a selfie of the group. 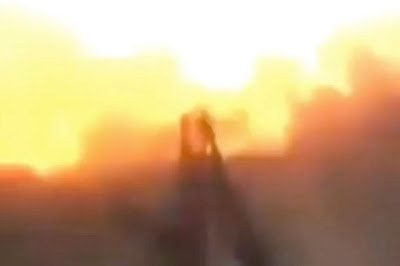 Shocked rebels can be heard shouting 'Allahu Akbar' - 'God is great' - as the dust clears and the camera is seen pointing towards the ceiling.
Posted by dubem naija blog at 4:08 pm