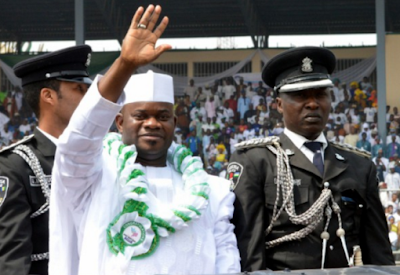 The Supreme court has upheld the election of Kogi state governor, Yahaya Bello. A 7-man panel of judges headed by Justice Sylvester Ngwata, today upheld Bello's victory at the November 21st 2015 election and the re-run which was held on December 5th 2015.


The suits challenging Yahaya's victory at the polls was filed by the former Governor of the state, Idris Wada and former deputy governorship candidate of APC during the election, James Faleke.
Posted by dubem naija blog at 4:17 pm