Nobody, not even EFCC can steal recovered loot - Ribadu 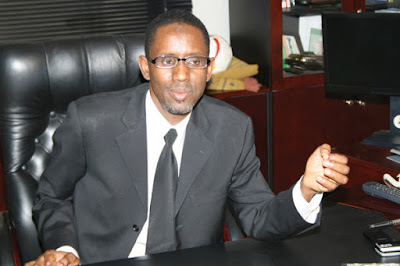 Nuhu Ribadu, pioneer chairman of the Economic and Financial Crimes Commission (EFCC), says there is no way anybody can steal money recovered by the agency. Speaking on Monday in Abuja during the annual conference of the Nigerian Institute of Management (NIM), the anti-graft czar expressed surprise that people were saying such money could be tampered with.
He said there was no recovery without a court, explaining that the loot were exhibits, and that they would be eventually sent to the account of government.

He cited the case where the court ordered that the money recovered from James Ibori, former Delta state governor, be sent to the federation account.
Ribadu said it is the statutory responsibility of a country’s president to fight corruption from all angles.

“Nobody else, it is not the duty of any governor or any chairman of a local government; it rests on the shoulder of the president, Federal Republic of Nigeria,” he said.

“If any one steals one naira in Uyo or Bayelsa State, it is the responsibility of the president to stop and bring him to justice.

“I think it is something the federation and the federal government should do a lot to ensure that they carry out constitutional duties and responsibilities.”

He called for the celebration of good people, adding: “Let there be acceptance that this is what we want and let there be disgrace for the opposite; it must be we who can do that.”

He also suggested a national conversation where the heads of the executives, legislature and the judiciary would sit together to accept that they would set an order to fight corruption.

The Cable
Posted by dubem naija blog at 1:29 pm