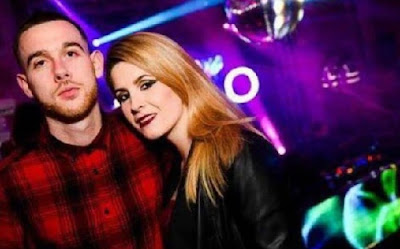 A mum-of-two has been arrested on suspicion of murder after allegedly stabbing her partner to death. The woman, who has been named locally as Elizabeth Hart-Browne, 27, was detained shortly after 11pm on Saturday night at her home.

Neighbours recalled hearing “screams” shortly before the police arrived and a pool of blood could be seen near to the flat in Ealing, west London, yesterday.

It is believed the woman stabbed her partner named by a neighbour as Stephen Rayner, inside before he later collapsed outside the property.

One man, who did not want to be named, said: “She’s a lovely girl, she is decent, all I know is if she has done what she’s done there must have been a cause for it. There’s more than what it looks like, she wouldn’t just do this, he would have had to have done something. He was quite an abusive guy behind closed doors, she was a decent girl, that’s all I’ve got to say.”

Another neighbour, Patrick Meehan, 72, who has lived in the block of flats for 20 years, said: “At about half 11 I heard girls screaming.

“And it went on till 1am, I heard a lot of commotion between half 11 and 1am.

“It was out here and it was mostly a girl screaming, or children, maybe even young girls.

“It’s the first time this sort of thing has happened, never anything this serious, it’s a fairly stable community.

“We have some people who come here and drink and fight and are loud, but nothing to this extreme.

“I heard something on Friday night, some sort of noise below me, there was shouting but last night was more real, the screams were more real.

“But I thought it was local people just drunk from the pub, I didn’t get up to look.

“It’s very sad someone has lost their life and it is shocking for it to happen so close to home.”
Flowers were left at the scene yesterday in a tribute to the man.

She is due to appear in court today.