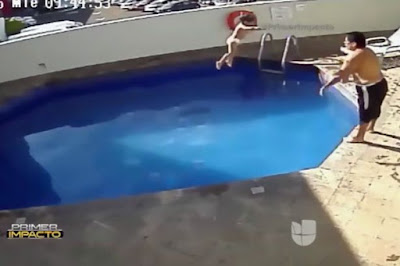 A man who was caught on camera throwing his three-year-old stepdaughter into a swimming pool before leaving her to drown has been jailed for 100 years. Harrowing CCTV footage shows the killer, identified only as Jose David N., repeatedly tossing the child into the water. The little girl who could not swim is seen struggling to stay afloat as her stepfather stands by and watches.

Other bathers as shown hastily exiting the pool, leaving the man to condemn the tot to a horrific death. The shocking surveillance footage was filmed in the city of Morelia, in the south-western Mexican state of Michoacan on August 12, 2015.

It sparked outrage across South America when the video was made public.The incident took place while the child's mother was sleeping in a hotel room. Jose David N. pleaded surprise after being told that the youngster had drowned, a court heard.

But the CCTV footage was enough to convict him and see him jailed with no possibility of parole. 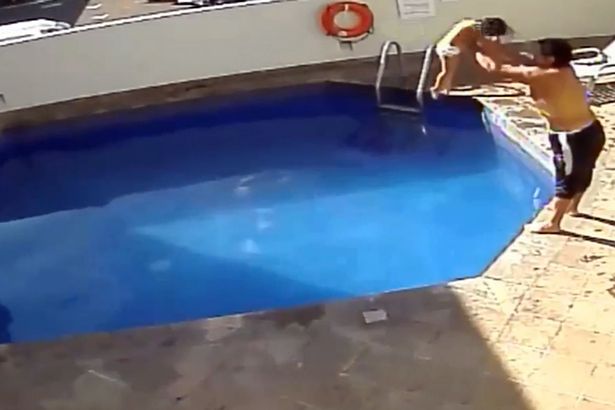 After deliberation, judges Juan Salvador Alonso Mejia, Ana Lilia Garcia Cardona and Noe Reyes Millan found him guilty of killing her.
Judge Garcia Cardona told the court how the stepfather even dragged the little girl's hair and held her tiny body in such a position in the water that she was unable to breathe.
The defence had tried to suggest that the little girl had died outside the pool and not in the water, but this was rejected by the judges.
Daily Mirror
Posted by dubem naija blog at 9:13 am