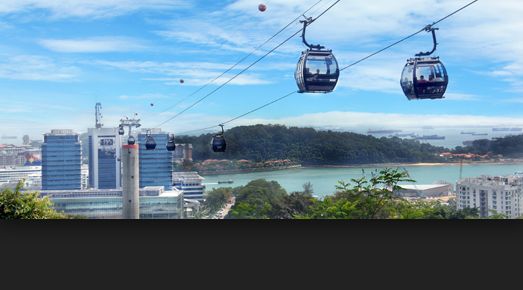 After three years of postponement, work has begun on the $275million Lagos cable car project. In an interview with The Guardian, Lagos state Commissioner for Transportation, Dayo Mobereola, share intricate details of the car project.
The Lagos cable car project is on course. It is privately driven and the private sector need to get all the permits, on the side of Lagos, we have given them all the necessary permit, they are talking to the federal government to get some level of guarantees and we have assisted them to write to the federal government. They have taken the advantage by starting to build from the Iddo side of Lagos.

Upon completion, the project will have eight stations in three routes, in order to handle the estimated 240,000 trips daily.

The car project will begin at Ijora, then move to Apapa and Victoria Island, with a central hub around Adeniji Adele. Lagos is on course in the mega city drive.
Posted by dubem naija blog at 5:49 pm