25 People injured after an explosion in Manhattan, New York 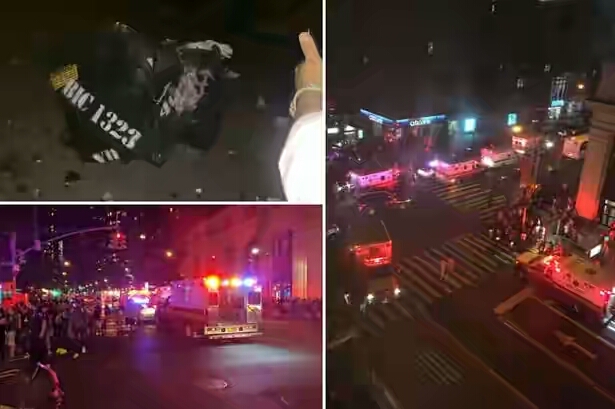 An explosion has ripped through Manhattan leaving more than a dozen people injured on Saturday night. The blast at 23rd Street and Sixth Avenue in Chelsea around 8.30pm is thought to have come from a dumpster and could have come from an explosive device.  The Fire Department reported that there were at least 25 people injured in the blast, but their injuries
don't appear life-threatening.
It comes just hours after a pipe bomb in a trashcan blew up near a fun-run for the military in New Jersey - but no one was injured.

The victims of the explosion have been taken to several different hospitals.

The FBI and NYPD Counterterrorism Unit are investigating but there is no confirmation on what caused the blast yet.
Posted by dubem naija blog at 8:10 am