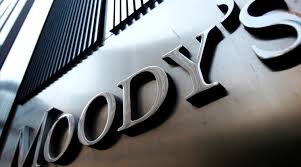 **Affirms Country’s B1 Rating With Stable OutlookMoody's Investors Service on Friday affirmed the B1 long-term issuer rating of the government of Nigeria with a stable outlook just as it forecasts that real GDP growth will rise to 2.5 percent in 2017 and accelerate further in 2018 to 4 percent.The global rating firm disclosed that the key drivers for these were the medium term growth prospects remain robust despite the current challenging environment, with the rebound in oil production helping to rebalance the economy over the next two years; and the government's balance sheet, which it said remains strong relative to its peers, resilient to the contractionary environment and temporarily elevated interest payments while the authorities pursue their efforts to grow non-oil taxes.The long-term local-currency bond and deposit ceilings remain unchanged at Ba1. The long-term foreign-currency bond and deposit ceilings remain unchanged at Ba3 and B2, respectively.Moody's said it expects Nigeria's medium term growth to remain robust, driven by the recovery in oil output and also over the near term, it expects Nigeria's economic growth and US dollar earnings to improve in 2017, supported by a recovery in oil production.According to Moody’s, after an estimated -1.5 percent real GDP growth in 2016, it forecasts real GDP growth to rise to 2.5% in 2017 and accelerate further in 2018 to 4%. A rebound in oil production to two million barrels per day (mbpd) will, if sustained, enhance economic growth and support the US dollar supply in the economy.It noted that Nigeria has made significant gains in terms of governance and transparency in the oil sector. Improved availability of data, progress in restructuring the Nigerian National Petroleum Company (NNPC), rising effectiveness of operations at the refineries and a readiness to tackle difficult issues with partners (such as funding issues at the Joint Ventures) speak to a material improvement in the operating environment. The Petroleum Investment Bill (PIB bill), which had been blocked for 8 years in parliament, has been reactivated with a portion of the law drafted and passed by the Senate. Moreover, militant activity in the Niger Delta is set to wane following the resumption of payments from the government, though it will remain a threat to the recovery of the economy.Moody’s further said the economy is also likely to benefit from the more timely implementation of the 2017 budget than its predecessor and in particular from the increase in capital spending on infrastructure which that will allow.It also said the scarcity of Dollars, worsened by the soft capital controls imposed by the Central Bank of Nigeria (CBN), is likely to continue to negatively affect important sectors of the economy especially in services and manufacturing sectors.“We do not expect the current policy mix to significantly change over the short term but a gradual easing of restrictions is possible as foreign currency receipts improve with rising oil production,” the firm said on Friday in a statement obtained by Business Post.In 2017 and 2018, we expect Nigeria's balance of payments to move back into surplus, supported by government external borrowings and a falling current account deficit. The latter is quickly reducing, supported by falling imports and increased oil production.Depreciation of the naira, soft capital controls and current dollar scarcity have been relatively effective at constraining imports. We expect foreign exchange reserves to grow modestly in 2017. While improved foreign investor sentiment should support the rebalancing of the economy over the medium term, with the return of portfolio investors improving dollar liquidity in the country, the continued existence of a parallel, unofficial foreign exchange market is likely to act as a strong deterrent over the near term.RESILIENT GOVERNMENT BALANCE SHEET STRONGER THAN PEERS' DESPITE TURBULENCEMoody's says it expects the medium-term impact of the oil price shock on Nigeria's government balance sheet to be contained, and recent erosion of debt affordability to be reversed.The effect of the recent downturn on the government's budget sheet has been contained as the authorities have been able to offset the shortfall in revenue with large cuts in capital expenditure. As a result, Moody's forecasts a budget deficit of 3 percent of GDP in 2016, comprised of a 2 percent of GDP federal government budget deficit and around 1% of arrears split between federal, state and municipality levels of government, it explained.Moody's forecasts the federal government deficit to remain around 2% of GDP in 2017 and 2018, with large capital expenditure outlays resuming as the government's cash flow situation improves. Based on these underlying projections, Nigeria's balance sheet will continue to compare favourably with peers', with government debt remaining well below 20% of GDP over the coming years against 55% median for B1-rated peers.By end-2016, Moody's estimates the government debt stock will be comprised of 85% domestic borrowing and 15% external debt, resulting in a manageable external debt profile. Government external debt amounts to just 2.9% of GDP, with interest payments set to remain low, at around $330 million dollars per annum. Domestic debt has increased significantly in recent years, reaching its current level of NGN10 trillion. Around 30% of this debt is comprised of costly T-bills, which have increased refinancing risk and interest rate exposure. However, Moody's expects the ratio of interest payments to government revenues to peak at 20% for general government, and close to 40% of revenues for federal government in 2017.