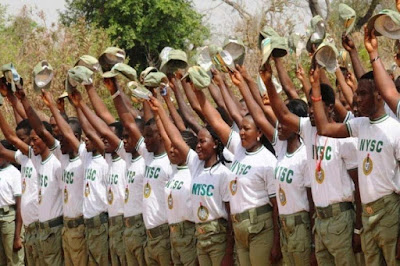 Corp members serving in Rivers state have refused to be shortlisted to serve as INEC ad-hoc committee members in this Saturday, December 10th National Assembly rerun election in the state.

Most of the corps members refused to serve following the violence that has characterized elections in the state in recent times. Recall that a corp member, Okonta Samuel Dumebi, was murdered by some political thugs during the state's rerun election on March 19.
Okonta was serving as an ad-hoc staff in the election when he was stabbed by some political thugs. INEC pays Corp members that serve during elections N9500.
Posted by dubem naija blog at 1:43 pm