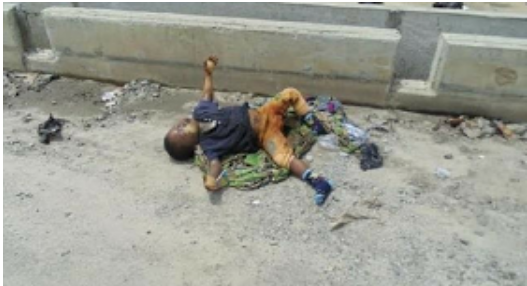 The corpse of a three year old boy whose penis cut off was on Saturday November 26th abandoned under a bridge on the Abuja-Lokoja road in Gwagwalada. Residents of the area believe ssuspected ritualists had kidnapped the little boy elsewhere, cut off his joystick and dumped his remains under the bridge.

The corpse has been deposited at the University of Abuja Teaching Hospital morgue at Gwagwalada. Divisional Police Crime Officer in Gwagwalada, Philips K. Dogo, who confirmed the incident, said ‎the police is investigating the matter and would soon apprehend the culprits.
Posted by dubem naija blog at 1:09 pm