PHOTOS: Teenage girl struck by lightning is buried alive by family in a bid to cure her 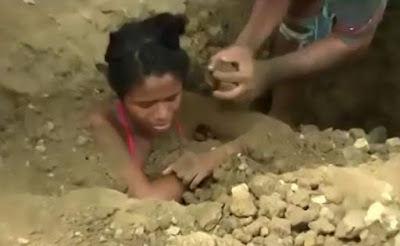 This teenager agreed to be buried alive to cure crippling back pains after she was struck by lightning. Ana Ballesteros, 18, was covered up to her neck for three days a week in her garden.
Daily Mirror reports the bizarre home cure saw her placed in a giant hole which was filled with earth. Relatives believed this would “take the energy” the lightning left in her.The teenager was struck by a bolt as she walked to college recently. 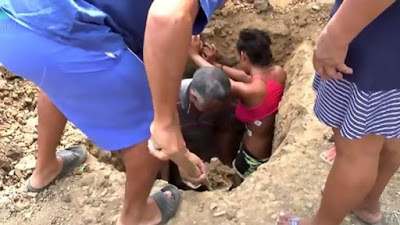 She was treated in hospital but continued to suffer back pain she claimed prevented her from walking properly. She began quirky ‘therapy’ sessions - which involved her being buried for up to four hours a day over three days.


“Doctors study medicine but not lightning“I know that getting into that hole I’m going to get better because these are ancient things.” 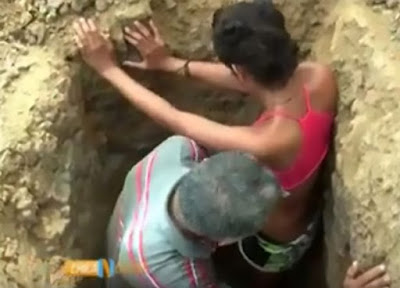 “What we’re doing is taking the fire out of the light, the heat out of the energy.”


“Locals told me before I took her to hospital that we’d be better off burying her instead to take the energy from the lightning away. 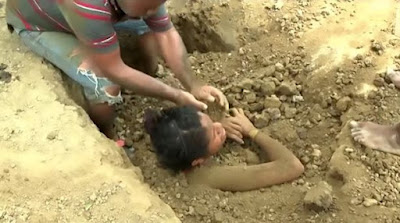