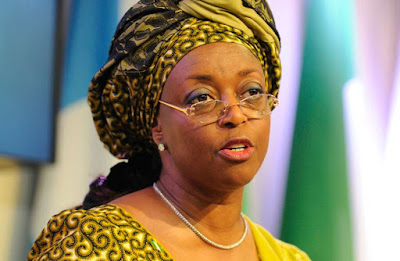 Detectives have uncovered another multi-billion naira transaction believed to have been carried out by former Petroleum Resources Minister Diezani Alison-Madueke. The Economic and Financial Crimes Commission (EFCC) is probing a N4billion hotel deal between Mrs. Alison-Madueke and a former military administrator, whose identity is yet to be released “so as to protect the investigation”.


The hotel may be placed under Interim Forfeiture as soon as the preliminary investigation is concluded, The Nation learnt. But detectives of the anti-graft agency have secured the relevant papers on the hotel valued at N4billion

Also, it was gathered at the weekend that some business associates of Mrs Alison-Madueke were yet to refund to the EFCC about $1.85billion traced to them. They would rather follow through the case than make a refund, a source said.

According to the anti-graft agency, the hotel was one of the five being investigated in Port Harcourt, the Rivers State capital. The Nation reported on September 13 that a special team of operatives was drafted to Port Harcourt to locate five houses suspected to be the ex-minister’s.

It was learnt that the interim report of the team indicated “a strongly suspected hotel purchase deal” between the ex-minister and the former military administrator.

An EFCC source said: “We have been able to link the N4 billion hotel in Port Harcourt to the ex-minister. We are probing alleged sales deal between her and a former military administrator.
“We have been able to ascertain the value of the hotel. But we are gradually tracking how the deal was carried out including verification of bank details and transactions by all those involved.

“Some of these deals we are unearthing were carried out in layers in order to shield them away from anti-corruption agencies. But we are cracking them all.”

The source added: “For strategic reasons, we will not reveal the identities of the ex-MILAD and others connected with the deal at this stage of investigation.

“But very soon, the transactions will be made known to the public. Do not forget, we have four other properties under surveillance.”
Posted by dubem naija blog at 8:19 am