Court orders SSS to reinstate ex-DG, Kayode Are, to his Lagos home 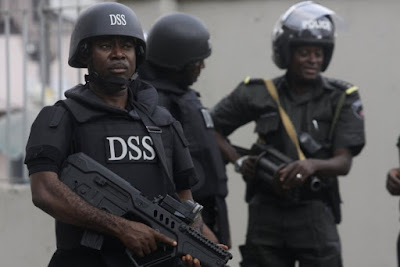 A Federal High Court sitting in Lagos has ordered the State Security Service to reinstate its former Director-General, Kayode Are, to his Lagos home,‎ pending the outcome of a suit he filed in November.
In a ruling Thursday, Judge Mohammed Yunusa ordered the SSS to remove all barricades and blockades denying Mr. Are and his family members access to‎ the Ikoyi home.
He adjourned till December 15 for a report of compliance.

Mr. Are had filed a suit before the court on November 13 praying the court to direct the respondents and their agents to reinstate him and his family into the residence.‎
‎
Joined as respondents in the suit are the SSS and its director-general.
On Wednesday, armed SSS operatives stormed Mr. Are’s home ejecting his family and throwing out his properties.

Mr. Are told PREMIUM TIMES the operatives pulled down the doors, chased his family away, without giving them time to remove any belonging.‎
The secret police took the action despite a court injunction served on it a day earlier barring it from forcing Mr. Are out of the Ikoyi residence.‎
‎
‎ Mr. Are, a retired army Colonel, served as DG of SSS between 1999 and 2007.
As part of the privileges enjoyed by former heads of the agency after their term of office, they are allocated retirement homes in any city of their choice in Nigeria.‎
Posted by dubem naija blog at 2:31 pm