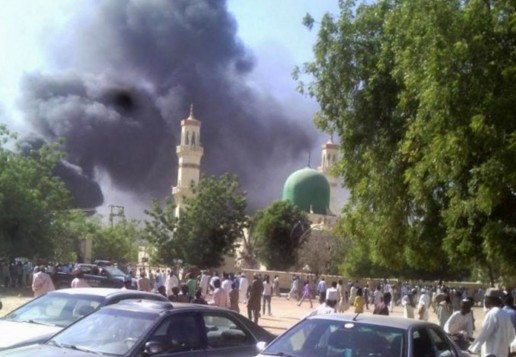 Desperation has set in for the Boko Haram terrorists because of the successes of the military against them. They now go about looking for soft targets to hit with the aim of achieving massive casualties.

A suicide bomber has killed a yet to be determined number of Muslim worshippers during an early morning attack on a big Mosque in the Maiduguri metropolis in Borno state.

According to eyewitnesses in the area, the blast occurred early on Friday morning as Muslims gather at the  Mosque to observe the morning prayers in the old GRA area in the city.