Barber Kills Friend For Adding Too Much Salt To His Noodles 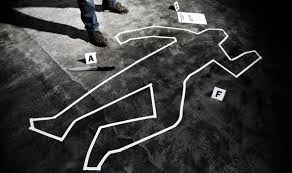 A 25-year-old barber, Oluwaseun Ojo, was on Thursday remanded at the Olokuta Prisons by an Akure Chief Magistrates’ Court for allegedly killing his friend, Shola Omotayo, while arguing over the taste of noodles. The Magistrate, Mr Sunday Adedapo, ordered that the accused be remanded in prison custody, pending legal advice from the state’s Director of Public Prosecutions (DPP).

NAN reports that Ojo, of No. 10, Familusi Gaga Area of Oke-Aro, Akure, is facing a one-count charge of murder. According to the Prosecutor, ASP Pelumi Adejuwon, the accused stabbed his friend with broken bottles on the chest and back, while arguing over the taste of noodles cooked by the deceased.
Adejuwon told the court that the action of the accused resulted to the sudden death of the victim, who lived together in the same room with the accused. He alleged that the accused committed the offence on Sept. 30 at about 8:00 p.m., at their residence.

The prosecutor said that the offence was contrary to Section 316 and punishable under Section 319 of the Criminal Code, Cap 37, Vol. 1, Laws of Ondo State of Nigeria, 2006. The plea of the accused was, however, not taken as the chief magistrate noted that the court had no jurisdiction to hear the case. The case was, thereafter, adjourned till Nov. 26.
Posted by dubem naija blog at 4:21 pm