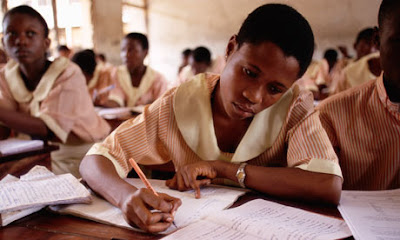 The Action Aid Nigeria, on Wednesday, said 75 per cent of girls in Nigeria were married off before the age of 18. The Deputy Country Director of the organisation, Ifeoma Charles-Monwuba, made the remark in Abuja at a two-day conference on the “Social Protection of the Girl-child.’’


She said 100 million girls in the country stand the risk of early marriage within the next decade, if the trend continues.

Ms. Charles-Monwuba, who spoke on “International Perspective on Child Marriage” said education remained the key to stopping early marriage. She said girls married off early often failed to maximise their potentials in life, as they ended up confined to carrying out domestic chores and at risk of life threatening diseases.

The deputy director stressed that children, especially the girl-child, deserved the right to education and all other human rights.

“To ensure that girls are kept in school there are international instruments required for children which includes; universal declaration of human rights.
“Right to education, ensuring an inclusive, equitable quality education and promoting lifelong learning opportunities for all.

“According to UN Population Council of 2013, 75 per cent of girls in Nigeria get married before they attain the age of 18.
“100 million girls under the age of 18 will marry in the next decade if the current trend continues,” she said.

The Deputy Director added that there were societal misconceptions that had contributed to teenage girls dropping out of school.

She stated that there was false impression on the ability of the girl child and religious practices that perceived marriage as the ultimate for the girl child.
She said some of the odds faced by the girl child faced when married off early in life include “the higher risk of physical and emotional violence.

“The girl-child will be faced with Vesico-vaginal Fistula disease and she is confined to domestic chores because she is not allowed to make decisions in the family.”
She recommended that equal rights among girls and boys should be promoted as well as quality free inclusive public education for both sexes in the country.

“We need to improve education budget, promote gender responsive schools, and encourage re-entry policy for the re-integration of young mothers without stigma.
“We also need to have sanctions on people that marry under-aged girls,” Ms. Charles-Monwuba said.
Also speaking on “The Role of the Media in Eliminating Child Marriage in Nigeria,” Gbemiga Ogunleye, Provost, Nigerian Institute of Journalism, said religion and culture encourage child marriage.

Mr. Ogunleye urged the media to report and engage the populace with programmes targeted at enlightening them on the dangers of early marriage and the rights of the girl-child to education.
“The media should lead the campaign on the domestication and implementation of the Child Rights Act and engage in getting statistics on girl-child marriage to drive home the campaign.
“Children’s day should not be the only day we report on children issues but we need to make it a regular affair to bring to forth the hazards of early marriage on the society,” he said.

The Provost said the media was at the centre of showcasing credible women who had achieved their potentials to serve as role models to the girl-child. He said that if the girl-child is in school for at least 12 years, she would have had the basic knowledge and ideas that would advance her in life.
The International Day of the Girl Child was marked on October 11 to address issues challenging the girl child.
(NAN)
Posted by dubem naija blog at 11:05 pm