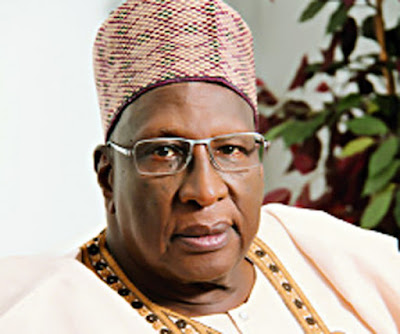 A former National Chairman of the Peoples Democratic Party, Alhaji Bamanga Tukur, has announced his retirement from  politics. He stated this in his address, in Abuja on Tuesday, at a lecture organised to mark his 80th birthday.

Tukur said he had done his best for the former ruling party and that it was time for him to retire from partisan politics.

He said, “I deem it fit to use this opportunity of my 80th birthday celebration to announce my retirement from partisan politics. “It is time to say goodbye to formal politics. I have used several political platforms to serve my country. “I leave partisan politics for the younger generation. I want to be a statesman and an adviser.
ADVERTISEMENT
“At the age of 80, I feel I can serve our dear nation more in the capacity of a statesman and father figure.”

He said during his short-lived tenure as the chairman of the party, he tried to introduce sanity in the party affairs.

He also claimed to have introduced internal democracy, party discipline and party supremacy.
These, he said, remained the ingredients of strong party systems which, he said, drove the democratic process.
Posted by dubem naija blog at 12:48 pm