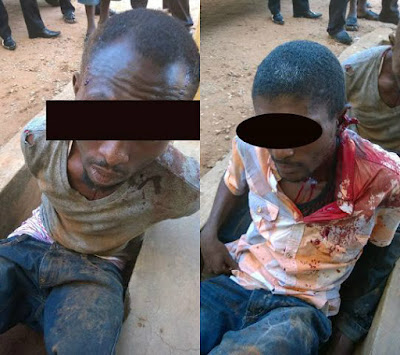 Residents of Makurdi, the Benue state capital were left in shock yesterday , when armed robbers stormed the town in broad daylight.
At about 2:50pm, a gang of about five robbers who used a Toyota Camry Sedan (pictured below) snatched a bag containing a huge sum of money belonging of a first bank customer, in north bank area of the town. As they made away with the cash, Policemen stationed at Balcony Parks and Gardens got a tip-off by Okada riders and intercepted them along Otukpo road. 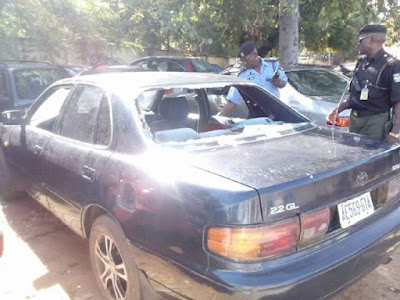 After a serious gun battle, two members of the gang were arrested while three escaped, and over N2 million recovered from them. The arrested suspects were then taken to the state police headquarters.

In another incident, at about 5:40am today, gunshots were heard in the area opposite the College of Health Sciences. A lady was also heard pleading and crying.

As residents came out, they discovered an emotionally traumatised lady who had just been robbed of her belongings while returning home after studying overnight in school.

The area is dominated by Benue State University students and is a soft target for armed robbers who use motorcycles to hunt down unsuspecting victims, mostly females.

This calls for increased surveillance by security personnel to protect the lives and property of Makurdi residents who are no doubt terrified by these occurrences.
Posted by dubem naija blog at 9:23 am