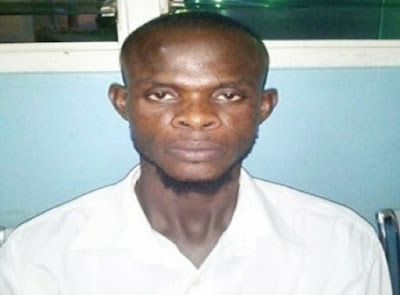 The gunman who attempted to assassinate the President last Sunday has said he wanted to do so in the best interest of the nation.  According Charles Antwi, he wanted to save Ghana from the bad governance under the Mahama-led administration.

The suspect, Charles Antwi told the court that killing the President was his way of fighting for the nation.

According to him, the recurrent energy crisis coupled with economic hardships informed his decision to attempt to kill President John Mahama.

He also told the Court that after the death of President Atta Mills in 2012, he, Antwi should have been sworn in as President.

Antwi was last Sunday arrested at the Ringway Assemblies of God Church in Accra; the church where the President, his family and the Chief Justice, Georgina Woode worship.

The President and his family were not in church last Sunday, but security operatives escorted the “fidgety” and “suspicious” looking Antwi out before they found the gun on him.

He has since been sentenced to 10 years in jail.