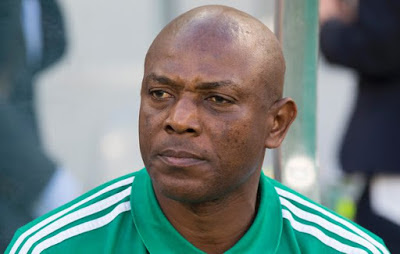 Sacked Super Eagles coach Stephen Keshi is demanding N1billion compensation from the Nigeria Football Federation (NFF) for defaming him. According to Vanguard, Keshi has dragged the NFF to court for “wrongful dismissal and defamation”. A top source told said.

“Keshi’s lawyers have demanded for a billion Naira from the NFF as compensation for defaming their client.”

A letter from Keshi's lawyers was sent to NFF on Friday July 24th. Keshi was sacked by the NFF on July 5 just four months after he'd signed a new two-year contract to coach the Super Eagles.
Posted by dubem naija blog at 7:53 am