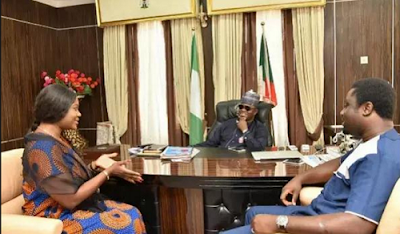 Mercy Johnson has said she won’t be quitting acting for politics. It will be recalled that earlier this week, she was announced as the Senior Special Assistant on Entertainment, Arts and Culture to the Kogi State Governor Yahaya Bello. She has however said, acting brought her thus far to where she is and she won’t be quitting.

She also admitted it’s the only thing she knows how to do best and even though she will be serving her people, she will manage the two.

Biko, we are off to church. God matters. See you guys soon as we return. Btw, my Pastor loves us closing late o, lol. And erm, we won't lie, we also love the presence of God. It always seem like HEAVEN on earth.
Posted by dubem naija blog at 9:43 am