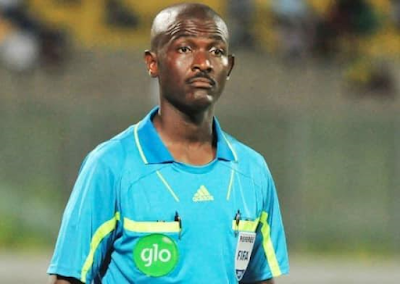 World football governing body, FIFA have banned Ghanian referee Joseph Lamptey for life due to his manipulation of the FIFA 2018 World Cup qualifier between South Africa and Senegal on November 12, 2016 that ended 2-1 in favor of South Africa.

The game ended 2-1 but FIFA launched an investigation into the referee after he awarded a dubious penalty to South Africa for the opening goal of the game, and FIFA decided to ban him, but his  assistant referees have been cleared of any wrongdoing.
Read FIFA's statement published today below... 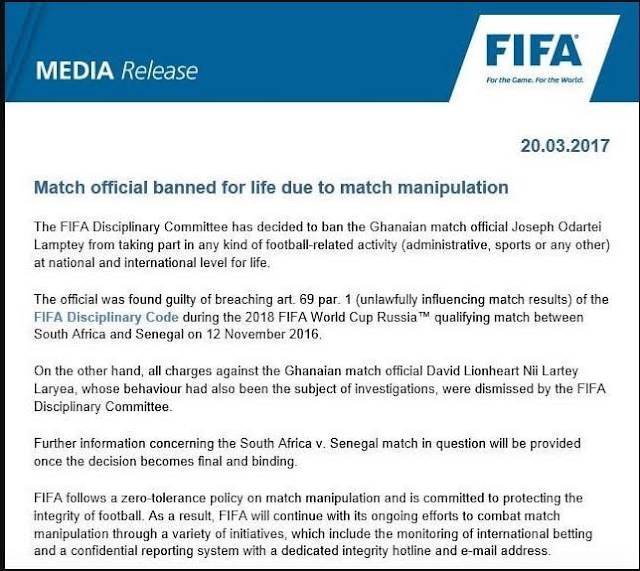 Posted by dubem naija blog at 9:02 am