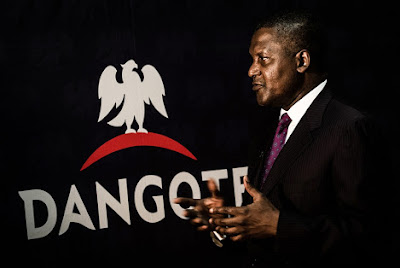 Africa’s richest man, Aliko Dangote, who founded and chairs Dangote Cement, the continent’s largest cement producer is worth more than American President and business mogul Donald Trump and Celebrity businesswoman Oprah Winfrey. Mr Dangote, who has vast investment interests in cement, sugar, flour and beverages was the first black man to attain a position among the world’s 25 richest people in 2014.

In an analysis careful drawn from the Forbes 2017 list, Mr. Dangote who is reputed to be the leader among 40 richest people in both Nigeria and Africa has a net worth of $11.7 billion which is almost twice as much as the recently elected American president’s ($3.7 billion) and Oprah’s ($3 billion).


However, it could be said that his net worth could have been much higher but for the recent drop in fortune that has seen him drop down on the list to 115th with a current net worth of $11.7 billion.

Despite a nearly $5 billion drop in his net worth for the second year in a row, the Nigerian cement tycoon remains the richest person in Africa for the sixth year running. He has an estimated net worth of $12.1 billion.
Posted by dubem naija blog at 8:54 pm